It was a bomb blast in an upscale shopping centre in Lahore that killed at least 10 people and is the latest attack in a surge of violence that has shaken the country. The intensity of the blast smashed the windows of most of the nearby buildings. It was in a residential neighbourhood where there are banks and coffee shops.
The bomb that was detonated either remotely or by a timer and it has resulted in a huge crater at the site.
This has been reported in telegraphindia.com dated 24 February 2017. 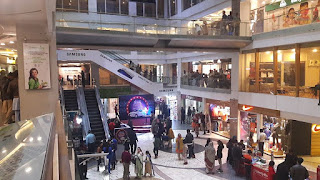 Such militant attacks are not new in Pakistan. In recent weeks such attacks has taken a toll of at least 130 people. One of the attacks was in a Sufi shrine in southern Sindh province where 90 people were killed. Government and military officials are determined to hunt down militants across the country. Pakistan has already shut its border with Afghanistan and, after the shrine bombing, Pakistani security forces are believed to have eliminated more than 100 suspected militants in targeted campaigns across the country.

Explosion in French nuclear power plant in a non-nuclear zone


Didi caught in the whirlpool of industries (satire)

Shakti Kapoor holds his audience spellbound in the Khandagiri Yatra


ISIS carries out car bombing in Baghdad - kills at least 55

Mayor of London worried about ISIS attacks on the city

Posted by prabir ghose at 3:47 AM No comments:

ISIS carries out car bombing in Baghdad - kills at least 55

It was another ISIS attack on Baghdad - a car packed with explosives was blown up in southern Baghdad and at least 55 people have died with another more than 60 injured. This is believed to be the deadliest such attack in Iraq this year.
The vehicle which blew up was parked in a crowded street full of garages and used car dealers. The death toll is expected to go up because many of the wounded are in critical condition.
This has been reported in nzherald.co.nz dated 17 February 2017. 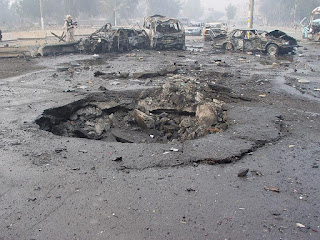 Islamic State has, through an online statement, claimed responsibility for the bombing. Since it is being forced to surrender captured territories, it has increased strikes on government areas, especially in the capital Baghdad.
The bombing is the second to target car markets this week and has been chosen probably because the group finds it easier to leave vehicles laden with explosives in places where hundreds of other vehicles are parked.
Incidentally, a suicide bomber had detonated a pick-up truck one day earlier in the Sadr City suburb and killed at least 15 people. That was also in a street full of used car dealers.

Mahatma Gandhi’s samadhi at Rajghat gets a new look

Nicole Kidman could earn $8 million if she writes her autobiography


Mayor of London worried about ISIS attacks on the city

Posted by prabir ghose at 7:32 PM No comments:

A suicide bomb attacked in the crowded Lal Shahbaz Qalandar Sufi shrine in southern Pakistan has killed at least 72 persons and wounded dozens more. The attack was carried out by the Islamic State and it is believed to have been the deadliest one on the wave of bombings across Pakistan this week.
The Islamic State militant group which has a small but increasingly prominent presence in Pakistan and has claimed responsibility for the attack.
This has been reported in telegraphindia.com dated 17 February 2017. 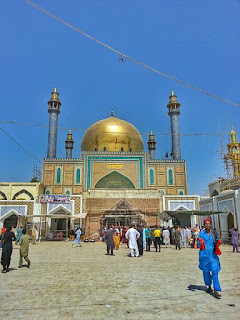 While the death toll was indicated as 72, with more than 150 injured, the death toll could rise.
The attack on the famous Lal Shahbaz Qalandar shrine in the town of Sehwan Sharif has reveal that militants still pose a major threat to stability in the nuclear-armed country of 190 million people. In August last year, at least 74 people, mostly lawyers, were killed in a suicide bombing of a hospital in Quetta. Responsibility for that attack was claimed by a faction of the Pakistani Taliban - Jamaat-ur-Ahrar - and the IS.
Moreover, Jamaat also claimed responsibility for a bombing in Lahore in which 13 people died.

Mahatma Gandhi’s samadhi at Rajghat gets a new look

Nicole Kidman could earn $8 million if she writes her autobiography


Mayor of London worried about ISIS attacks on the city

Posted by prabir ghose at 8:17 AM No comments:

Mayor of London worried about ISIS attacks on the city

Sadiq Khan, the Mayor of London, has indicated that the terror threat from ISIS is reaching new highs and reducing the budget allocation of the police could cost lives. He has said that the danger of attacks in the capital had risen and ensuring the safety of the people was becoming 'increasingly difficult'.
This has been reported in dailymail.co.uk dated 4 February 2017. 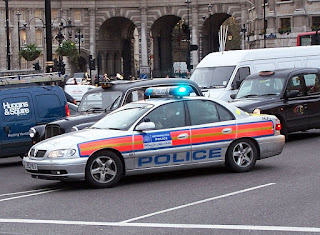 In his opinion, Donald Trump's travel ban will hand ISIS a powerful propaganda tool. The London Mayor made these comments against the backdrop of the latest apparent terror incident at the Louvre in Paris. He also brought out the point that twelve people were killed and 50 more were injured when a terrorist drove a heavy truck into a packed Christmas market in Berlin at 40mph. And, in July last, 86 people were killed and another 434 were hurt when a jihadi drove a 19-ton lorry into crowds that were celebrating Bastille Day in the French city of Nice.
The Mayor added that the Islamic State is already believed to be having terror cells in the UK and could be plotting to carry out a massacre on the scale of the atrocities in Berlin and Nice.


Didi to UP on a selling mission (satire)

In the wonderland of deo sprays, fairness creams, and condoms

Posted by prabir ghose at 3:44 AM No comments:

An online conversation between two women, who wanted to carry out suicide bombing on a government agency, was picked up last August by researchers who were studying the radicalization of women in Indonesia. Subsequently, after four months, Indonesian police arrested two women in connection with a plot to bomb the presidential palace in Jakarta.
The arrests marked a major strategy shift which indicated that militants in Indonesia, who were loyal to the Islamic State in Iraq and Syria (ISIS), were recruiting women terrorists to carry out attacks.
This has been reported in thestatesman.com dated 4 February 2017. 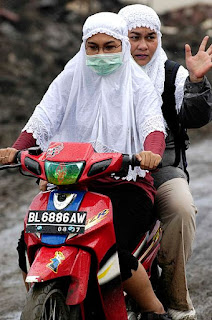 The study by a Jakarta-based Institute has confirmed that ISIS has brought about a fundamental change in how extremists view the role of women in their cause. To them, the role of women as wives, mothers and teachers in militant groups continued to be a priority. Simultaneously, ISIS plan to deploy women on terrorist duties.
This is a major shift in the thinking of militant groups.
Earlier, leaders of the old Jemaah Islamiah militants did not promote the culture of allowing women to take an active role in terror causes. Exception would be made for emergency circumstances or for self-defence. However, today's Indonesian women, many of whom work overseas as domestic helpers have become interested in ISIS. The women are useful for terror operations because they do not attract suspicion easily.


Didi to UP on a selling mission (satire)

In the wonderland of deo sprays, fairness creams, and condoms

Posted by prabir ghose at 11:43 PM No comments: