Jordanian border guards opened fire on a group of three dozen suspected infiltrators from Syria, killing 12 and wounding several others. These were smugglers and the border guards confiscated more than 2 million narcotics pills during the incident. Some of these people were armed and several of them returned to Syria.
This has been reported in dailymail.co.uk dated 24 January 2016. 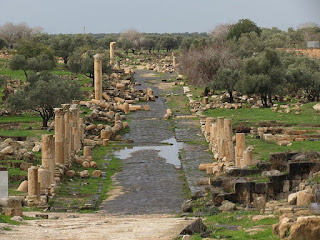 The border command has informed that it frequently intercepts smugglers who are trying to cross into Jordan and this latest incident was the deadliest in the border area in recent memory. Jordan shares much of the border with Syria and it runs through remote desert. The eastern part is the main crossing route for Syrian refugees.
Incidentally, nearly 17,000 Syrians are stranded in the border area, waiting to enter Jordan.
US Defense Secretary Ashton Carter has remarked that Turkey has a porous border and foreign fighters going in both directions take advantage of that.

Moody hates to be cowed down by cows (satire)

Walmart surrenders to Amazon, decides to close down 269 stores in the US and Latin America

Mass burning of all cigarettes in Turkmenistan to stamp out smoking


David Bowie succumbs to his 18-month battle against cancer

Kangana Ranaut learns horse riding for her role in ‘Rangoon’