Holiday-makers who were on board a British Airways flight due to leave Ibiza for London were left scared and stunned after it was revealed that a woman holding a fake passport was in the aircraft - the cabin staff dismantled a passenger's seat in front of the panic stricken passengers.
This has been reported in dailymail.co.uk dated 9 January 2016. 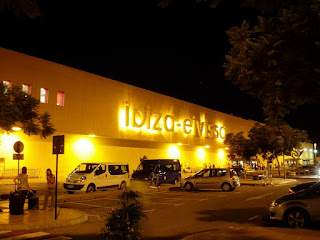 Bomb squad officers searched the plane three times following an emergency alert and, the tourists traveling home were left worried and bewildered after police boarded the plane on the tarmac just when it was due to take off. The pilot told the passengers that they would have to evacuate because there was a problem with a passenger who had a fake passport.
The British Airways flight was packed with holiday-makers who had been due to leave at 11am but eventually departed three and a half hours later. It is understood that the Civil Guard were called on to the plane once the crew became suspicious about a woman, probably Iranian, who appeared to be very nervous. Once her passport was found to be fake, she was escorted off the plane and bomb experts came on the scene.

Moody gifts his neighbor a turban on his birthday (satire)


Use online honey trappers to test the fidelity of the spouse

Migrants ready to pay £1,200 to people smugglers for trip across Channel in UK-registered car

US airdrops 50-tons of ammunition for M-16s and AK-47 to Syrian fighters
Posted by prabir ghose at 6:53 AM