Lone wolf attack in Munich mall kills 10 including the attacker

In a lone wolf attack in Munich, at least nine people were killed and 16 others injured in the shooting rampage at a busy shopping district in Munich, Germany. There were many children among the casualties. The gunman started shooting at a McDonald's across from the Olympia mall which is adjacent to the site of the 1972 Olympics.
The mall is located in a middle-class neighborhood in northern Munich and is the city's biggest mall as well as a popular destination for shoppers on Friday nights.
The unidentified attacker was an 18-year-old German-Iranian who had been living in the city for at least two years. This has been reported in edition.cnn.com dated 23 July 2016. 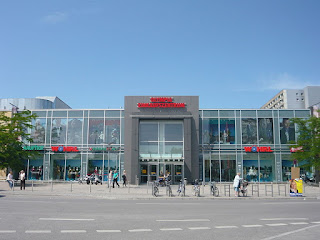 The police searched for more attackers presuming that there were three of them but found a man who had killed himself on a side street near Olympia shopping mall and concluded that this man was the gunman. This decision was also based on surveillance video and statements of witnesses.
The unidentified attacker was not known to police and his motives are unclear. No group has claimed responsibility for this attack. This latest incident of shooting comes as recent terrorist attacks have put Europe on high alert especially after the Bastille Day attack in Nice, France in which 84 people were killed.


Yoga and khadi gel with Baba and Moody (satire)