A Japanese tour bus that was on its way to a ski resort in central Japan crashed in the mountains - 14 killed, 27 injured. There were 41 people in the chartered bus including two drivers and 39 passengers and, it crashed at the Usui mountain pass heading to the popular Kita Shiga ski area. The drivers, who were taking turns to drive, were among the dead.
This has been reported in foxnews.com dated 14 January 2016. 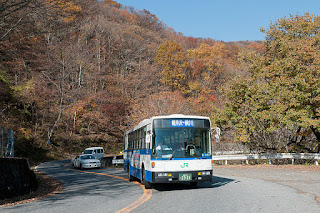 It seems the bus had veered into the opposite lane near the famous resort town of Karuizawa, in Nagano prefecture, and then rammed through a guardrail and slid down the mountainside coming to rest on its side against some trees. The bus was bent in the middle. There was no snow or ice on the road surface in the area which is situated about 110 miles northwest of Tokyo.
Most passengers were ski enthusiasts aged 18 into their early 20s. The packaged ski tours come with overnight bus rides, lodging and lift tickets for around 12,000 yen ($100) and are very popular choice among college students.