#Ouagadougou #SplendidHotel It has been confirmed by Burkina Faso President Roch Marc Christian Kaboré that 23 people were killed when an al-Qaeda affiliated terror group seized an upscale hotel in the capital of Ouagadougou. Subsequently, the Internal Affairs Minister Simon Compaore has announced that the siege was over and that 126 hostages had been freed.
Three jihadist gunmen were killed in the encounter as forces regained control of the Splendid Hotel. He has also added that at least 10 bodies were discovered in the Cappuccino Café, located next to the hotel. Moreover, a fourth gunman had been killed and that two of the extremists were women.
This has been reported in foxnews.com dated 16 January 2016. 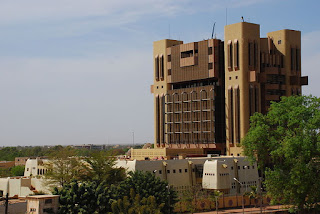 Al Qaeda of Islamic Maghreb, or AQIM, has claimed responsibility for the attacks as understood from SITE Intelligence Group which monitors jihadist activity.
There was an exchange of gunfire and French forces arrived in Ouagadougou from neighboring Mali to aid the effort. Soldiers of Burkina had already had stormed the building and, at one point, had set a part of the building ablaze with their explosives. Cars in front of the hotel had also been set on fire by the attackers who had stormed the bustling area downtown.